From Wikipedia, the free encyclopedia

Stanisław Szukalski (13 December 1893 – 19 May 1987) was a Polish sculptor and painter who became a part of the Chicago Renaissance.[1] In 1930s Poland he enjoyed fame as a nationalist sculptor. He also developed the pseudoscientific–historical theory of Zermatism, positing that all human culture was derived from post-deluge Easter Island and that humankind was locked in an eternal struggle with the Sons of Yeti (“Yetinsyny”), the offspring of Yeti and humans.

Between Poland and Chicago

Szukalski was born in Warta, Poland, and was raised in Gidle, a nearby village. He arrived at New York with his mother, Konstancja, and sister, Alfreda, on June 27, 1907;[2] they then went to Chicago to join his father, Dyonizy Szukalski, a blacksmith.[3] A child prodigy in sculpture, he enrolled at age 13 at the Art Institute of Chicago.[4] A year later, Sculptor Antoni Popielpersuaded Szukalski’s parents to send him back to Poland,[4] to enroll at Kraków’s Academy of Fine Arts in 1910. There he studied sculpture under Konstanty Laszczka for three years.[4] He returned to Chicago in 1913.[5]

Back in the U.S., Szukalski joined the arts scene in Chicago,[1] becoming a vital part of the “Chicago Renaissance.” In November 1914, he exhibited seven of his sculptures at the Annual Exhibition of American Oil Paintings and Sculpture in the Art Institute’s galleries.[6] He had two solo exhibitions at the Art Institute, in 1916 and 1917, as well as one at the progressive Arts Club in 1919; he also exhibited regularly in the juried annuals at the Art Institute.[7] In 1922, he married Helen Walker, the artist daughter of Dr. Samuel J. Walker, a prominent member of Chicago society.[8]

Beginning in 1940, Szukalski devoted most of his time examining the mysteries of prehistoric ancient history of mankind, the formation and shaping of languages, faiths, customs, arts, and migration of peoples. He tried to unravel the origin of geographical names, gods, and symbols that have survived in various forms in various cultures. This work, called “Protong” (in Polish, “Macimowa”), continued uninterruptedly for over 40 years. He wrote a manuscript of 42 volumes, totaling more than 25,000 pages, and including 14,000 illustrations.[3] The volumes covered a variety of issues; his pen drawings of artifacts, which he considered “witnesses”, were done to confirm his theories.

Zermatism, Szukalski’s concept of world history, postulated that all human culture derived from post-deluge Easter Islandand that in all human languages one can find traces of the original, ancient mother-tongue of mankind. In his view, humanity was locked in an eternal struggle with the Sons of Yeti (“Yetinsyny”), the offspring of Yeti and humans, who had enslaved humanity from time immemorial. He claimed that the figures of the god Pan on Greek vases depict creatures that actually existed, the product of Yeti apes raping human women. Szukalski used his considerable artistic talents to illustrate his theories, which, despite their lack of scientific merit, have gained a cult following largely on their aesthetic value.

Awakening Healing Knowledge On You tu be 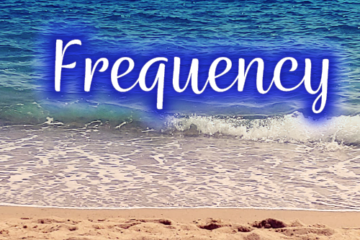 Frequency Knowledge On You tu be Sound Teachings

Cymatics experiment conducted only with Sound, Water and Light. 7 minutes for each individual Pure Tone 396 Hz – Free from guilt 417 Hz – Change, let go of the past 528 Hz – Repair Lees meer…